My love of colour started as a child, in my Mother’s Zinnias’ garden. There were flowers in every shade of pink, red, orange and yellow : a vivid kaleidoscope of vibrance.

And now years later I’m still in love with colour. Wherever I am, be it a botanic or urban environment,  I’m always on the lookout.

I look for palettes ranging from soft to electric. Hot colours tend to shout out whereas softer tones seem to whisper. Both appeal.

A local installation, Mountain of Light, by Angus Muir, is a current highlight. (on until July 25, 2021).

Situated in Heard Park, Parnell, Auckland,  it’s a magical installation, beginning with subtle changes in colour increasing in intensity. The sculpture is an abstracted shape of a volcano and is four meters high. It’s a wonder for young and old alike.

The final two images in the gallery are of Reuben Paterson’s stunning floral installation, Andale, Andale (Spanish for Come on, Let’s go).

Situated on the western facade of the Newmarket Railway station, it’s a glittering and stimulating piece of urban art, epitomising the retail fashion hub that is Newmarket. 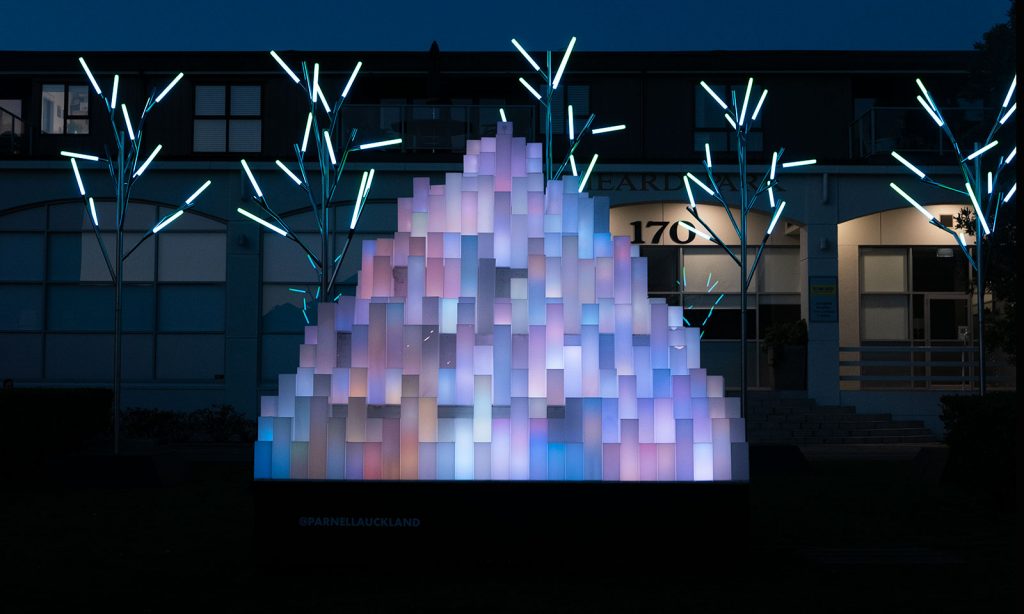 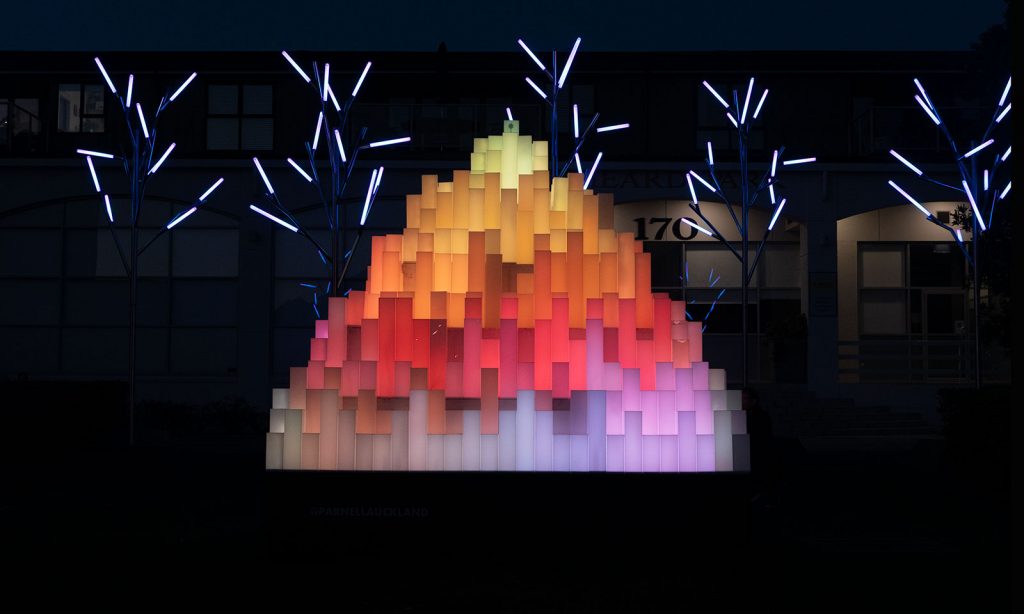 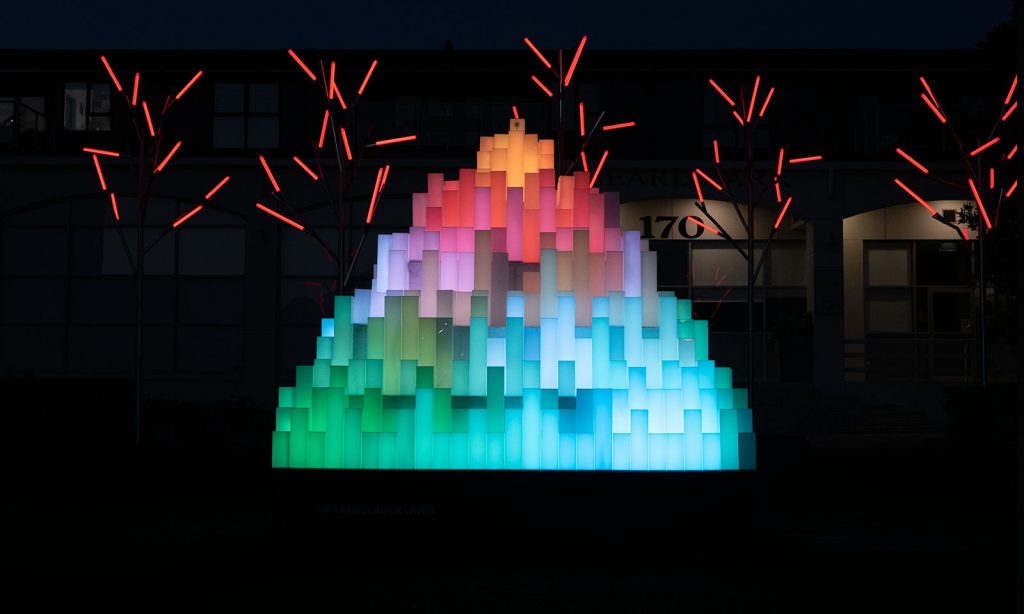 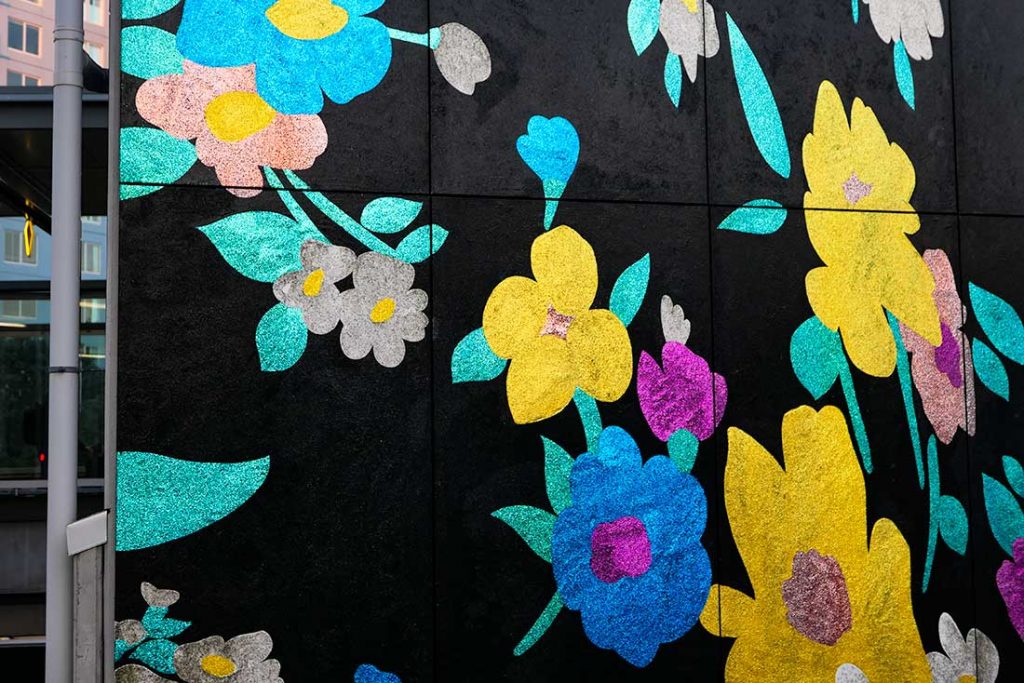 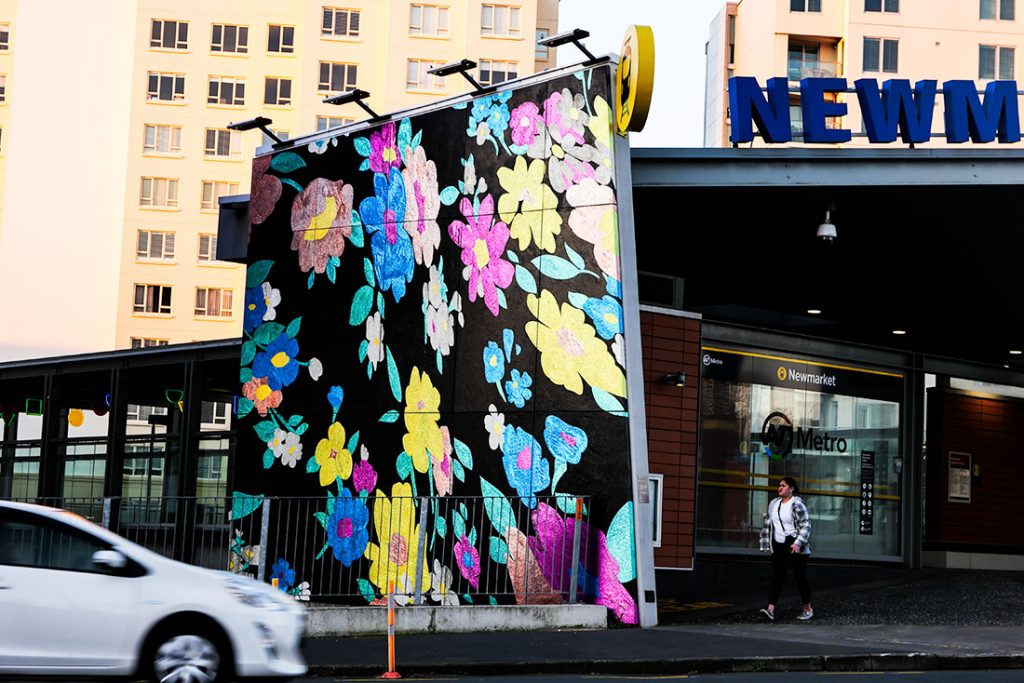 Karangahape Road – one of the most colourful streets in the city.

Celebrating LGBTQI+ the crossing design includes the colours of the Progress Pride Flag. And as well as the traditional rainbow colours, designed in the 1970s, it includes a coloured chevron (V shape) to place greater emphasis on inclusion and progression. The design was created by international artist Daniel Quasar. 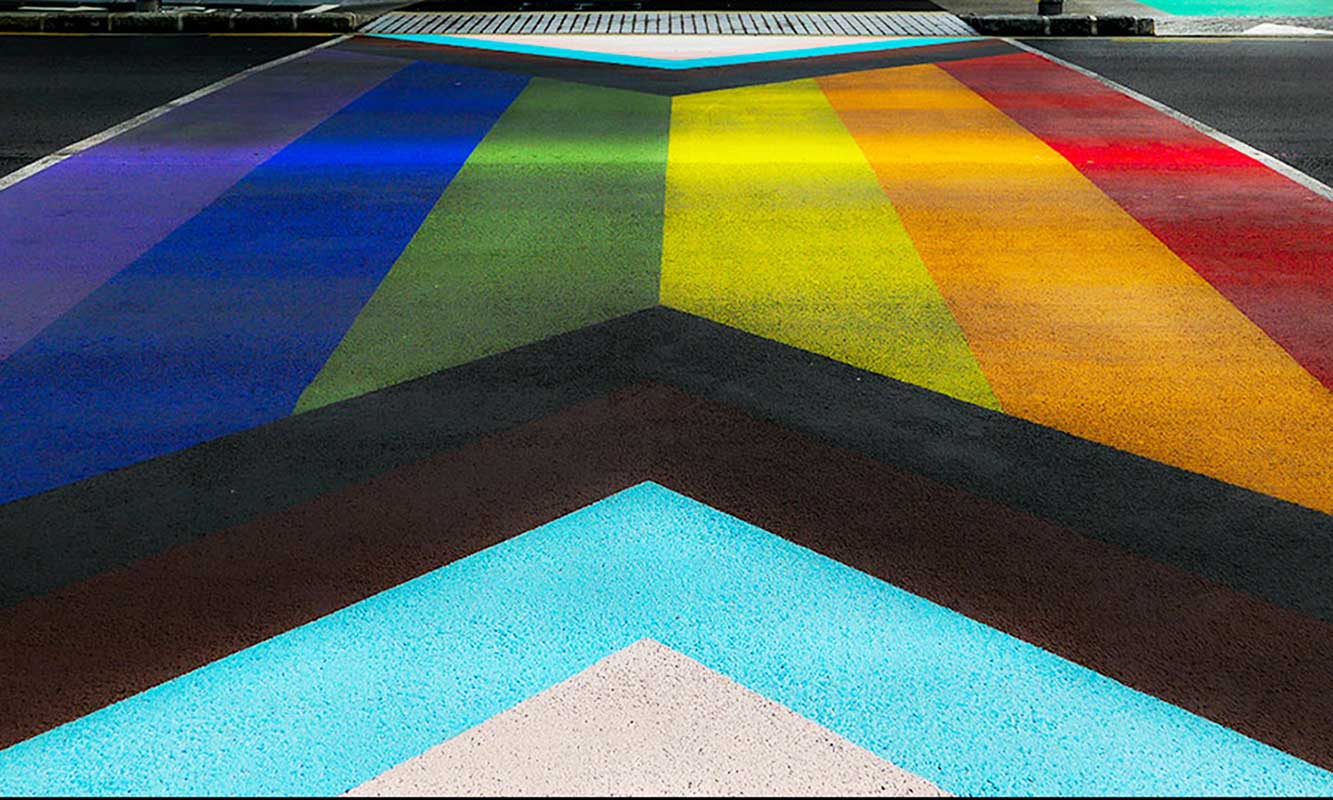 People often ask me what’s my favourite colour. It’s green. Which is no surprise really, given Nature is my constant source of inspiration. Below is a flashback to a Kawakawa splashback, with its heart shaped leaf, which I shot in 2012. Still looking good nine years later. 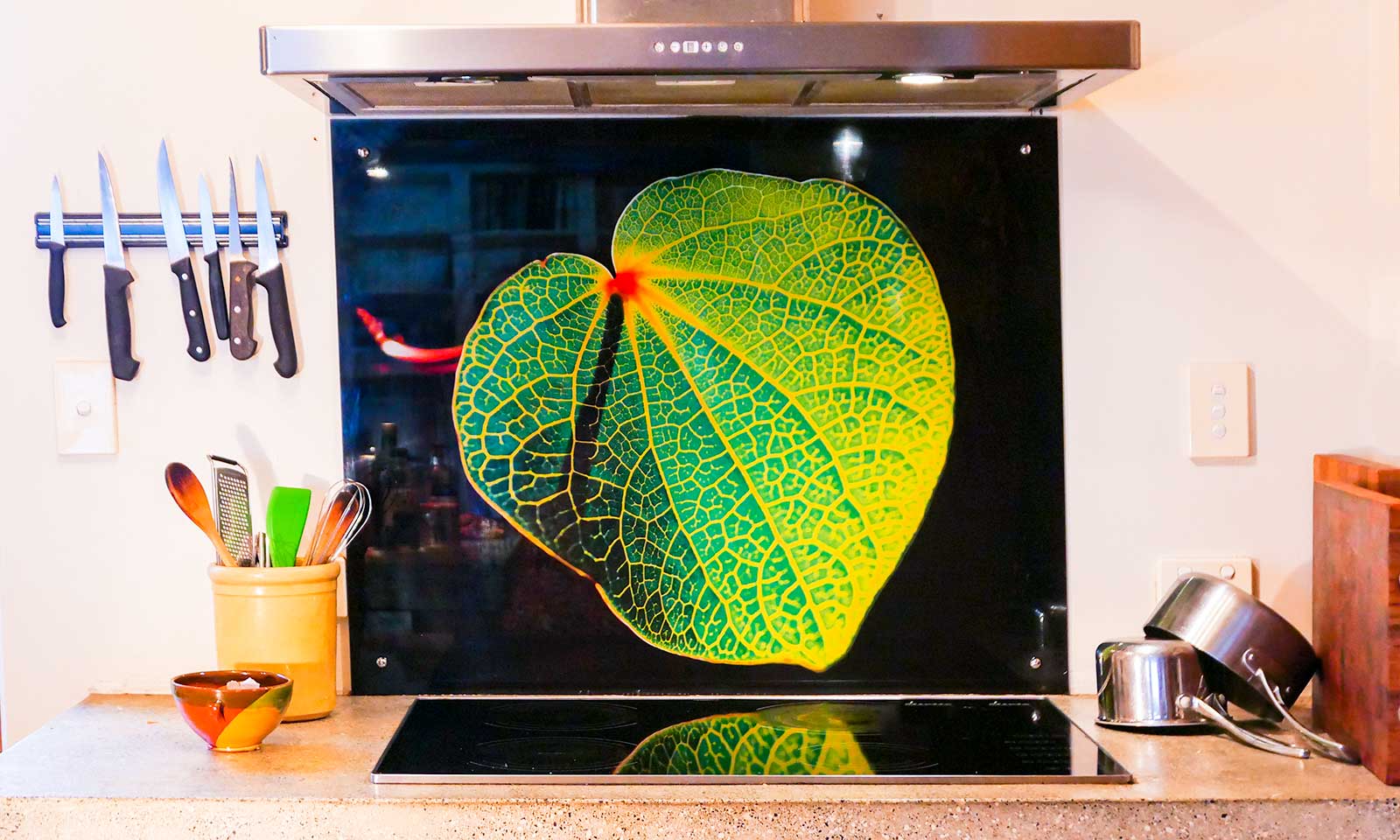 And while Green is a constant I’m beginning to dream of all colours again…and come spring/summer, want to photograph more beauties, like these Dahlias.