In 2009 Rosanne Anderson and her husband Atholl bought a one hectare horse paddock in Blenheim. They built a house and created a garden.
An amazing conversion followed. 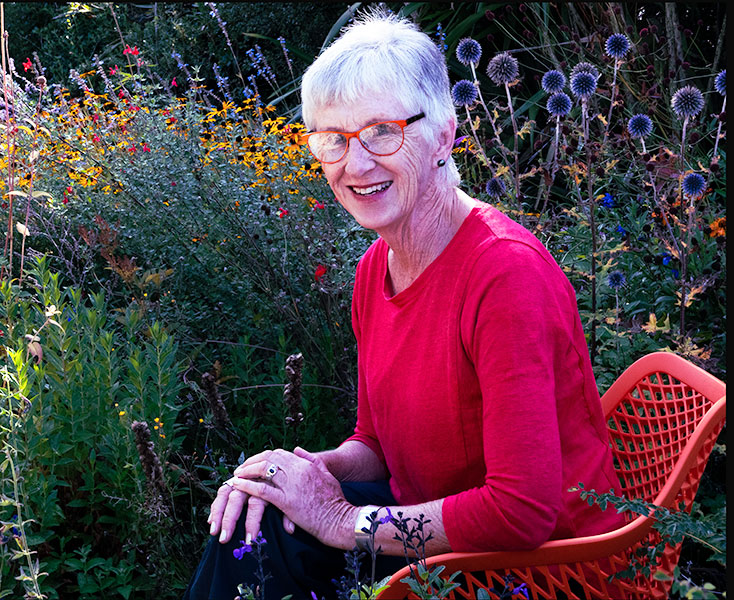 Rosanne relaxing in the garden.

Renown plantsman and landscape designer, Piet Oudolf, was Rosanne’s inspiration for the perennial borders which are naturalistic, free form and profuse. They create unique tapestries. The perennials are hardy and good performers  – there’s many varieties of Salvias, Rudbeckia, Inula, Echinacea and Michaelia.  The backdrop “hedge” of New Zealand native trees, enclosing the borders, is an example of just how successfully flowers and natives can combine together in garden design. It’s no longer the case of one or the other. 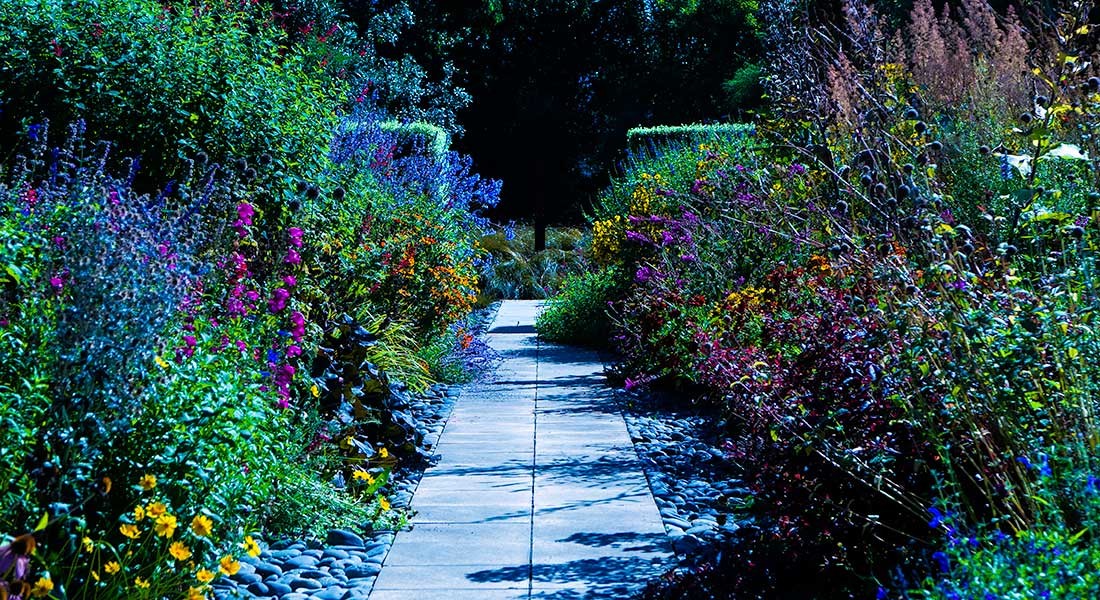 Rosanne wanted a “hot garden” with strong bold colours. There’s lots of eye-popping yellow, bronze-orange flowers, punctuated with blues, purples and magenta. It’s ablaze with colour, though curiously never seems garish. Grass gardens at either end of the borders are a good foil to the brightness. Sculptures nestle among the plants. The Dragonfly was made by Rosanne and NZ cast glass artist, Jenny Smith, created the Totem sculpture at the rear of the garden, creating a red glow. 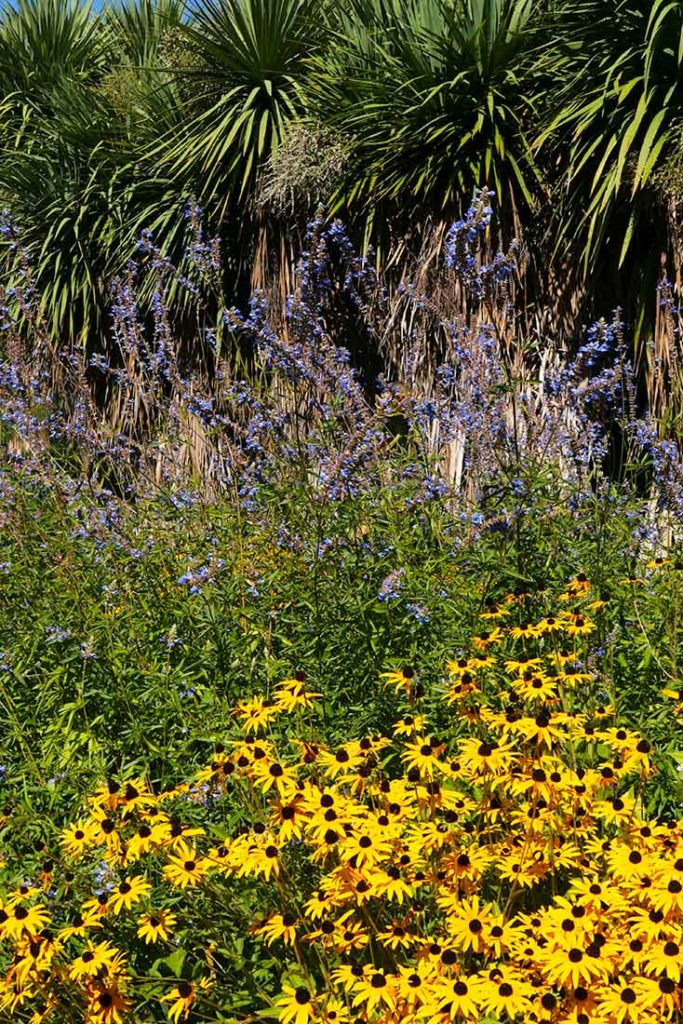 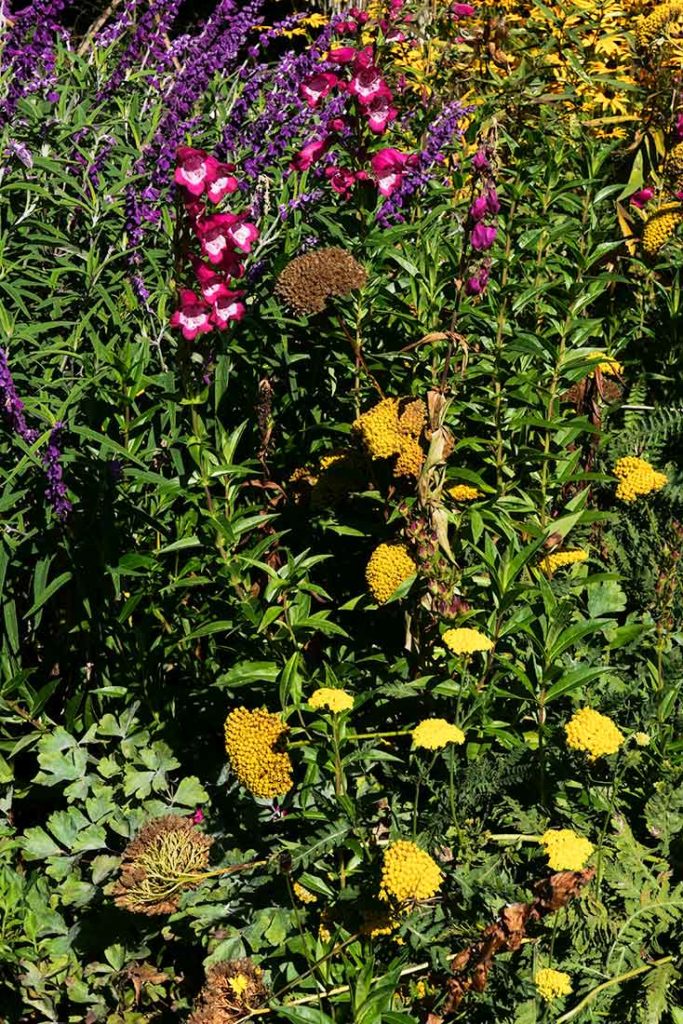 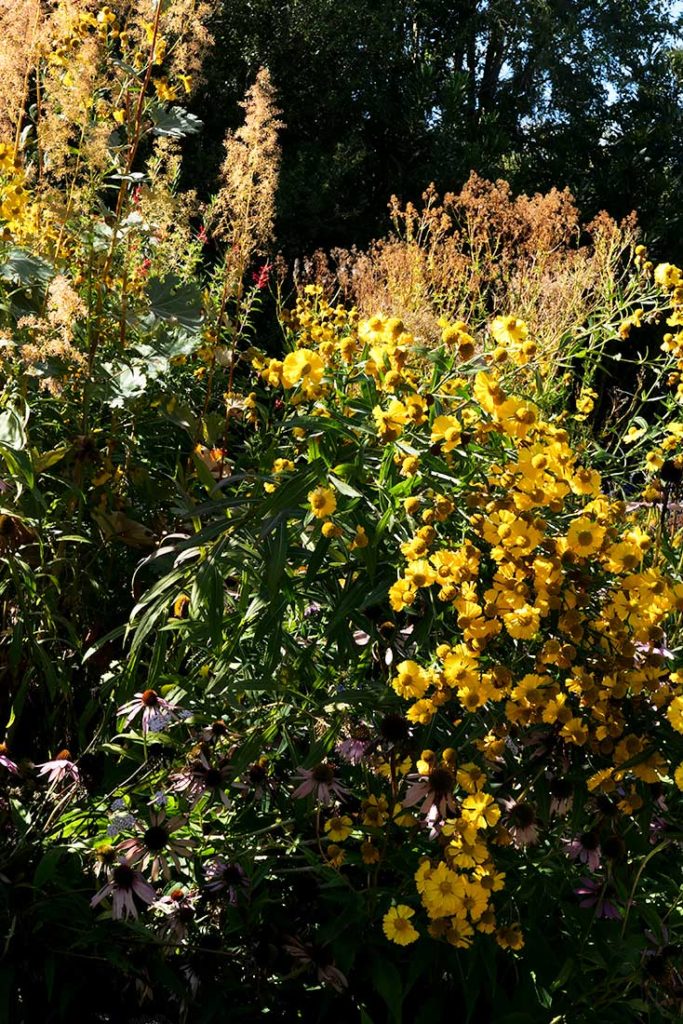 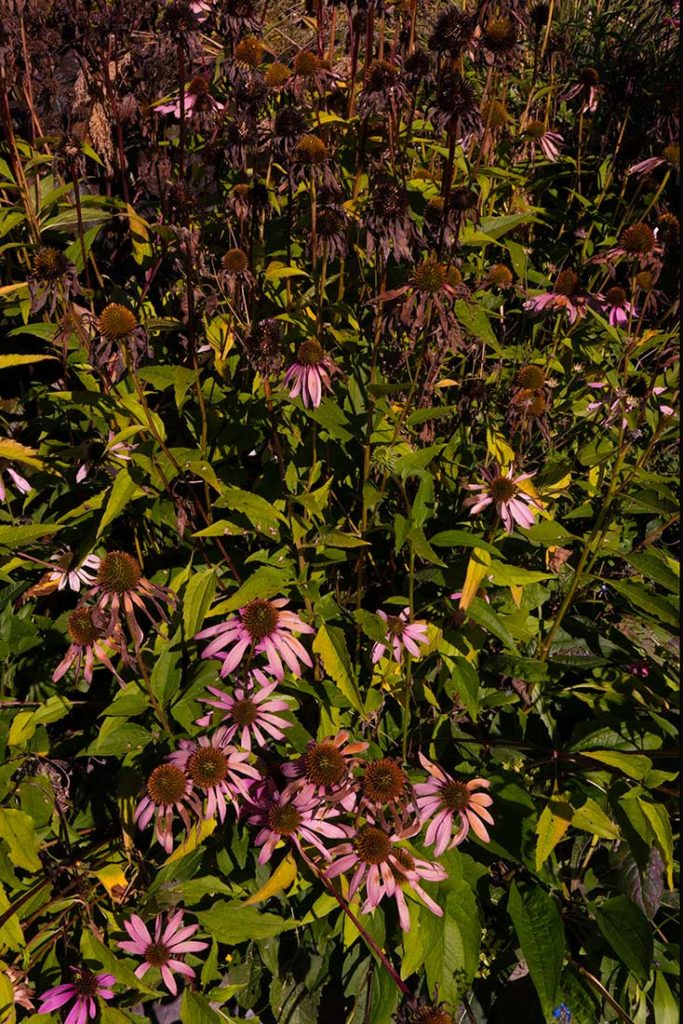 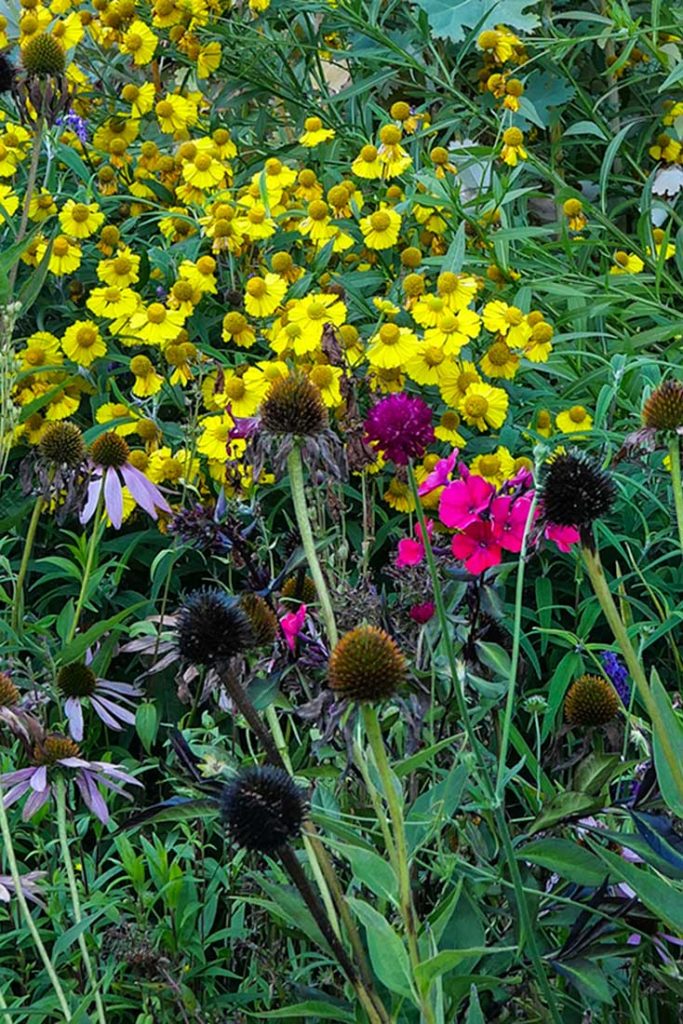 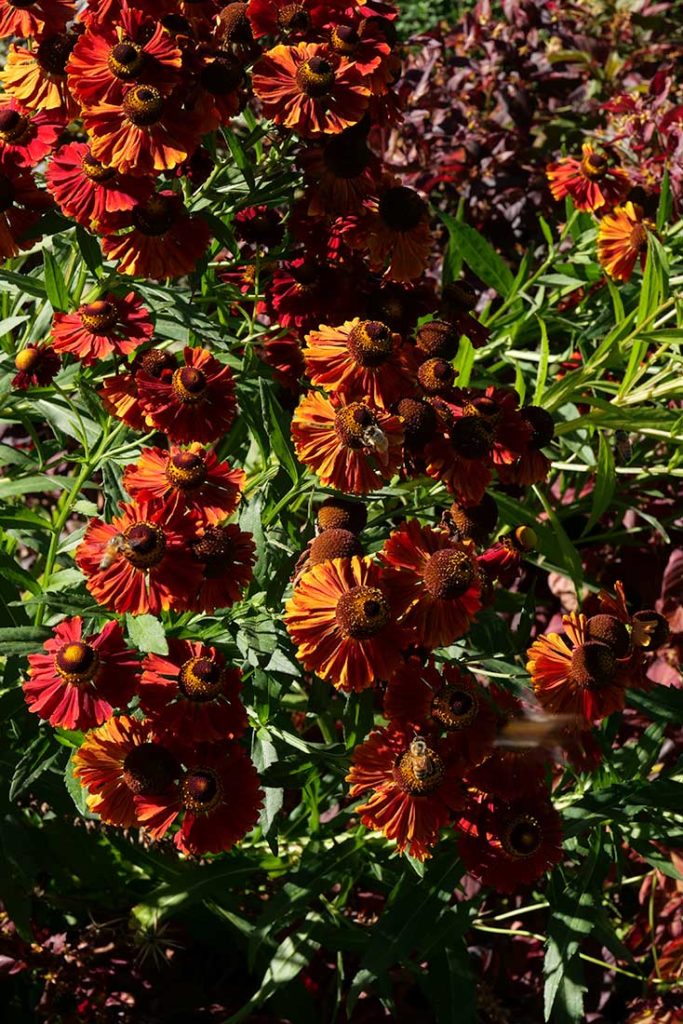 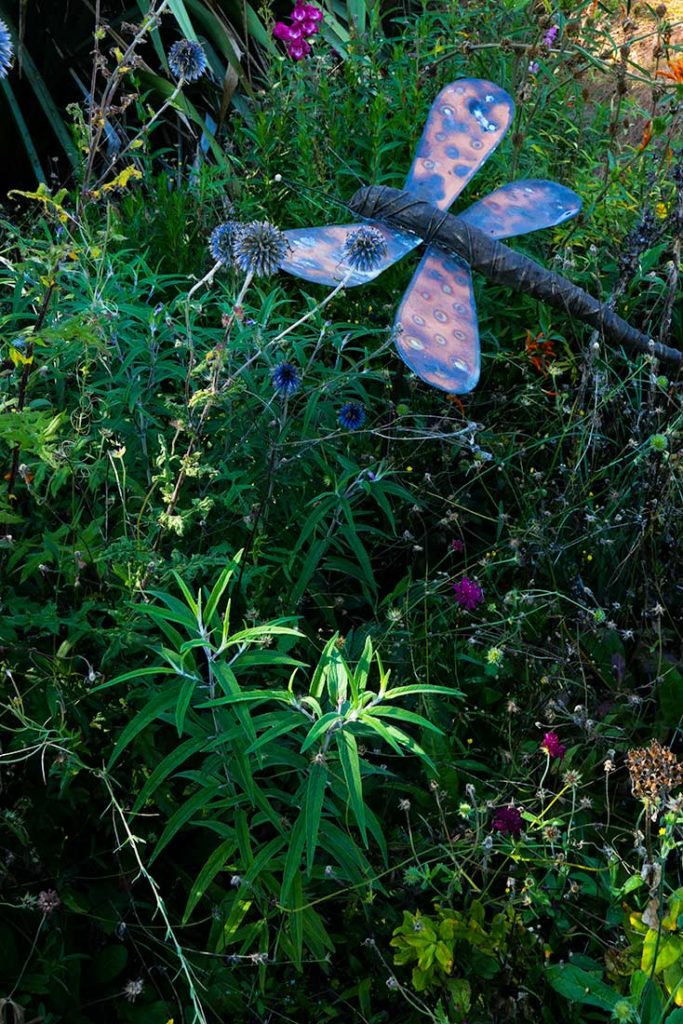 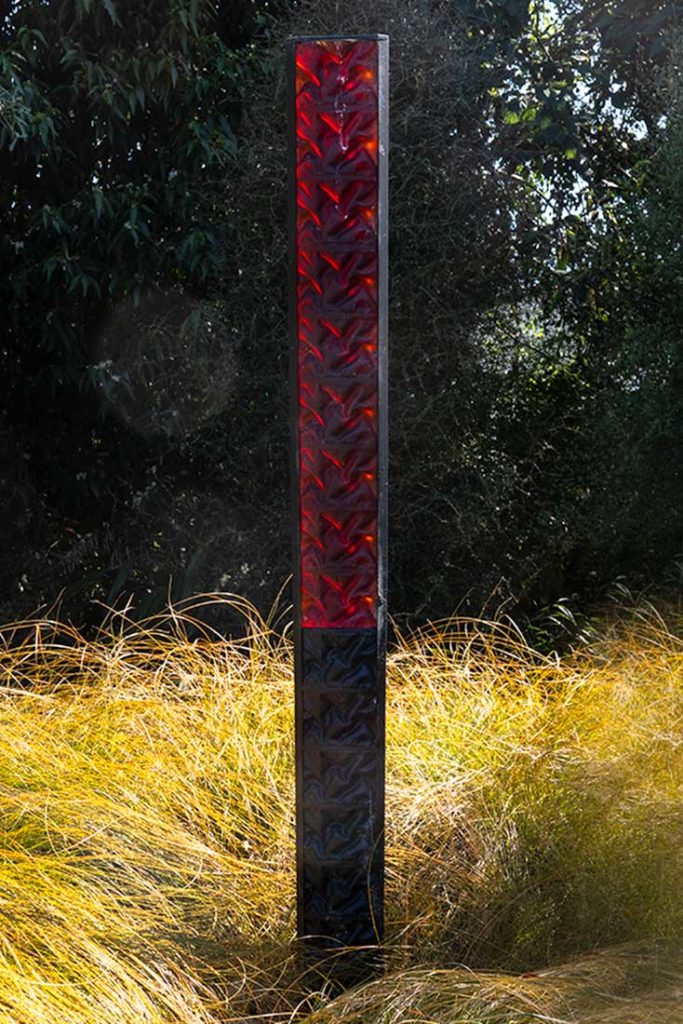 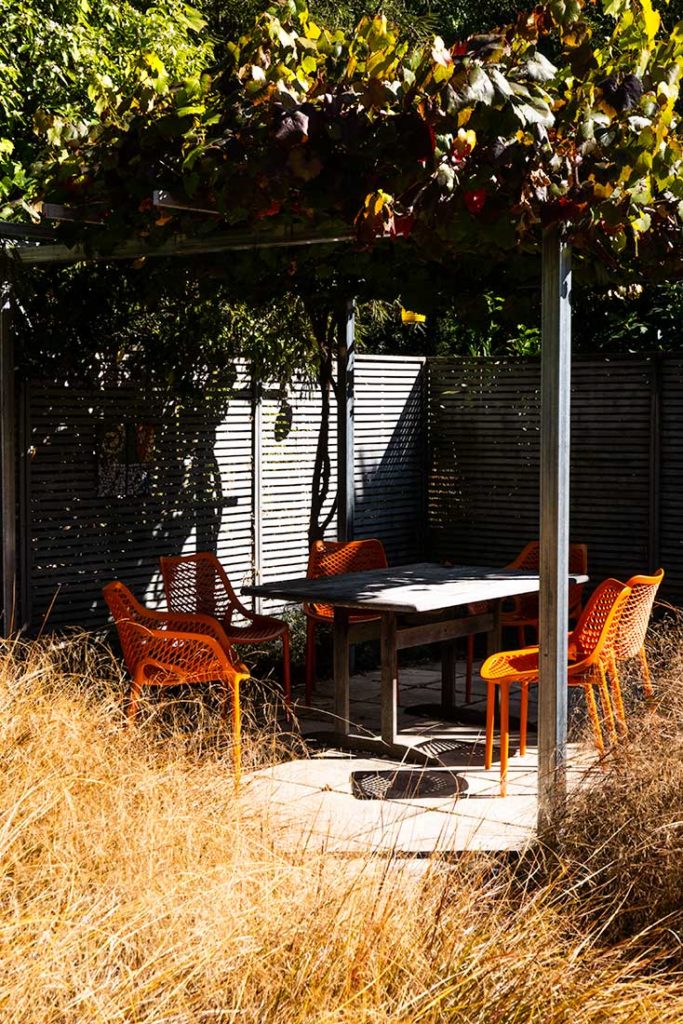 A garden of all Seasons

In mid March many plants were still standing, their seedheads providing food for the birds which now visit the garden…..mostly finches and piwakawaka. It’s not until July/August that Rosanne cuts all the plants back to the ground (unlike Piet Oldfield she doesn’t run over them with a lawn-mower)!  Everything is then mulched. And by the end of August, the garden is beginning to come away again to flourish in a new spring. It peaks in January/February.

Many trees had been felled in the Marlborough landscape in the process of converting it to wine country. But Rosanne and Atholl felt it was important to provide a new habitat for the birds in the middle of the grape vines.  It’s now a welcome oasis!  They named the garden “Karamu”.  Being a regenerating tree, it’s the perfect name for this once upon a time, horse paddock.

Oudolf and Kingsbury have worked together on many projects over the years.