Chrysanthemums, the Queen of Autumn Botanicals

Although first cultivated in China, the name Chrysanthemums, actually originates from the Greek words chrysos (gold) and anthos (flower). In Japan it was adopted by their nobility, who  regarded it as far more than just a beautiful flower. It became their symbol of the sun, perfection, long life, and power. Traditionally these blooms have inspired kimono fabrics and porcelains in Japan, and today they continue to inspire many stunning textile designs and decorative pieces. 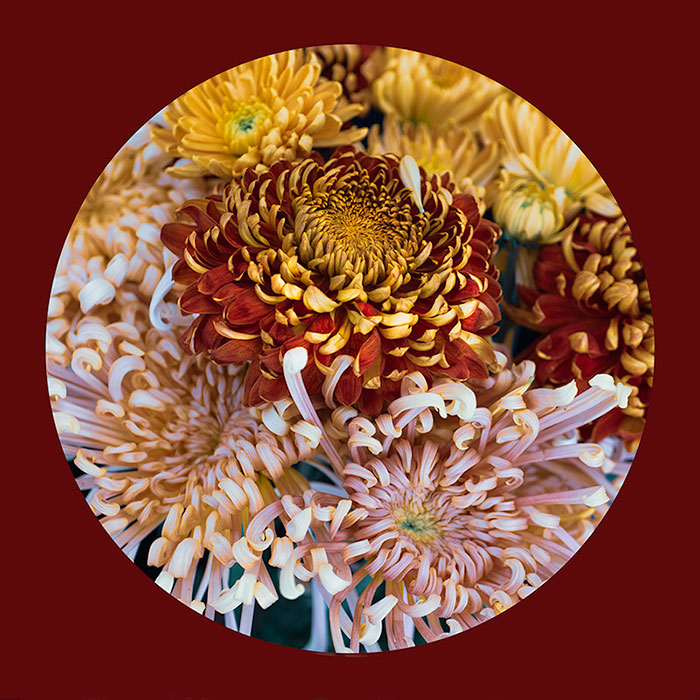 With their tendril like petals, Spider Chrysanthemums are the most delicate looking of all chrysanthemums. They have a fragility in the form. 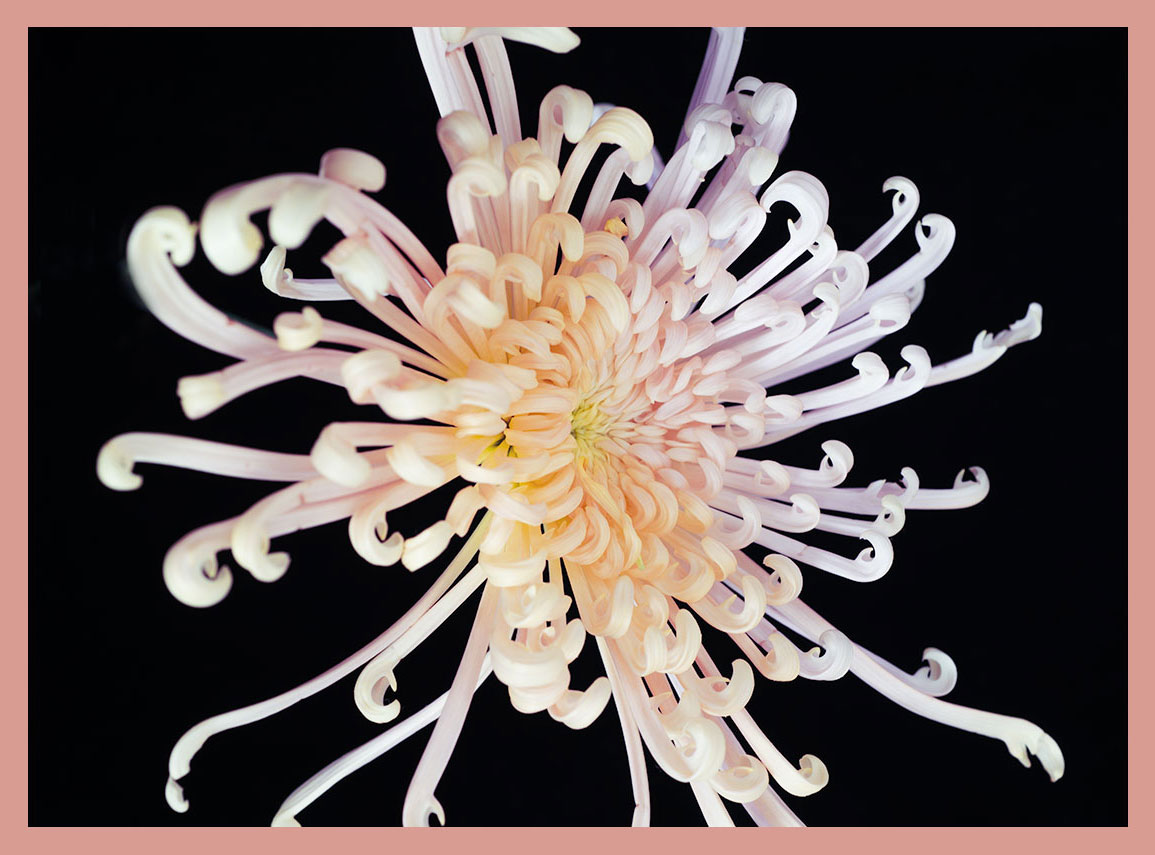 We think of Dahlias and Hydrangeas as Summer flowers…..but they’re Autumn ones too.

Hydrangeas develop rich rosey/russet tones during autumn. Look out for a variety called Fire and Ice. It starts out white then deepens to deep red, when the temperature falls in autumn. Some Hydrangeas develop interesting spotted petals, like a rose coloured leopard print. 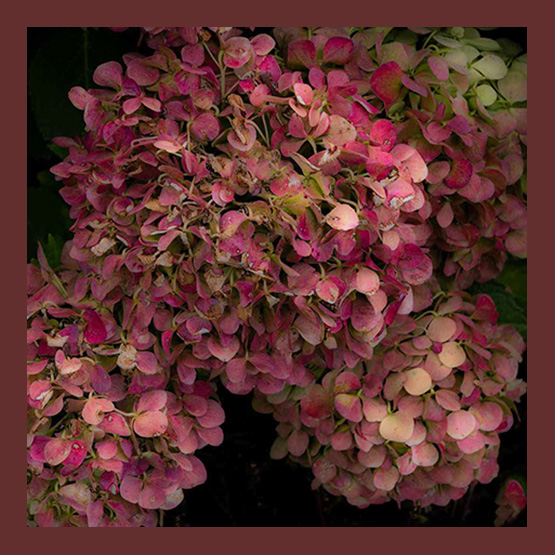 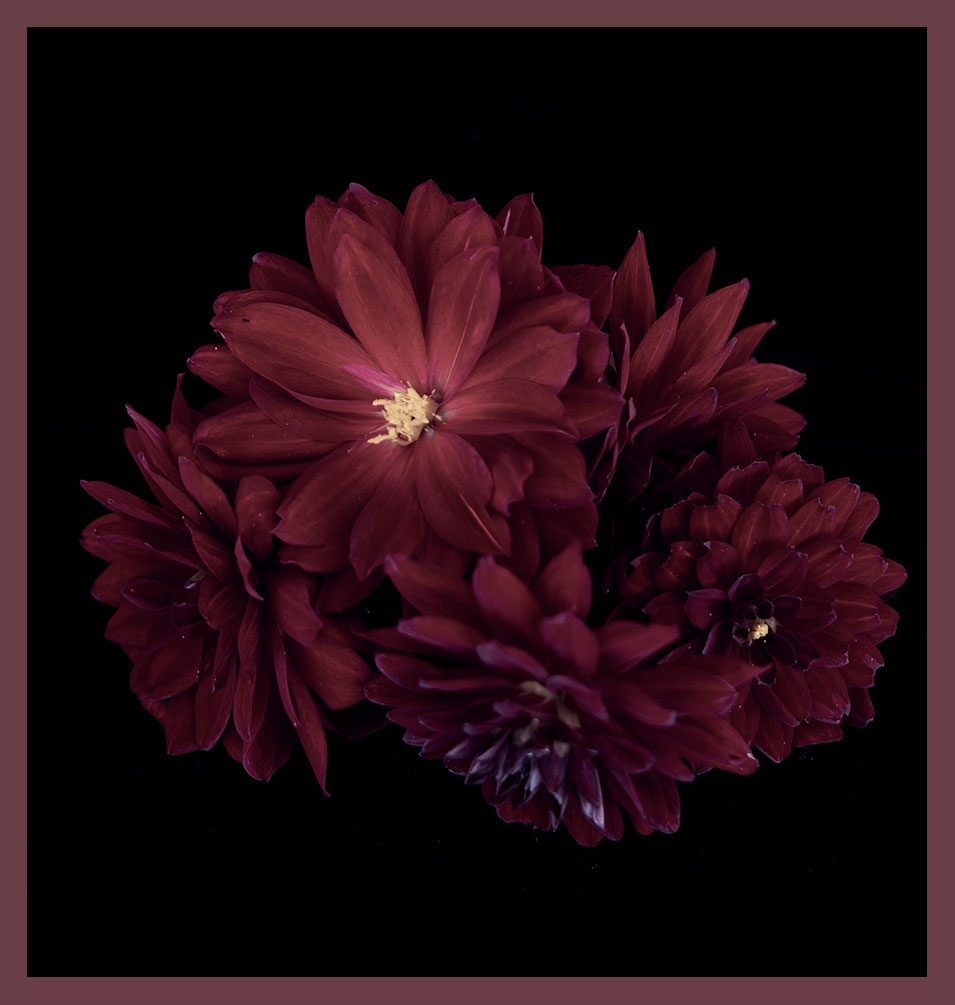 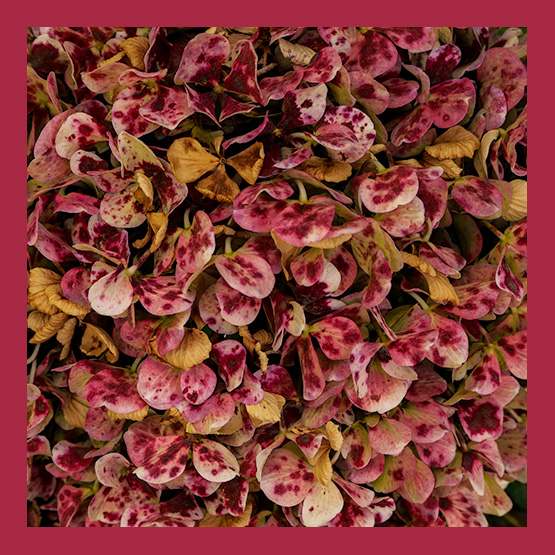 In Auckland, New Zealand Dahlias keep flowering well into Autumn providing the tubers have been planted as early as the previous August, and they’ve been regularly dead-headed during February.   The red and yellow petals in the Dahlia bloom echo flickering flames of an open fire. 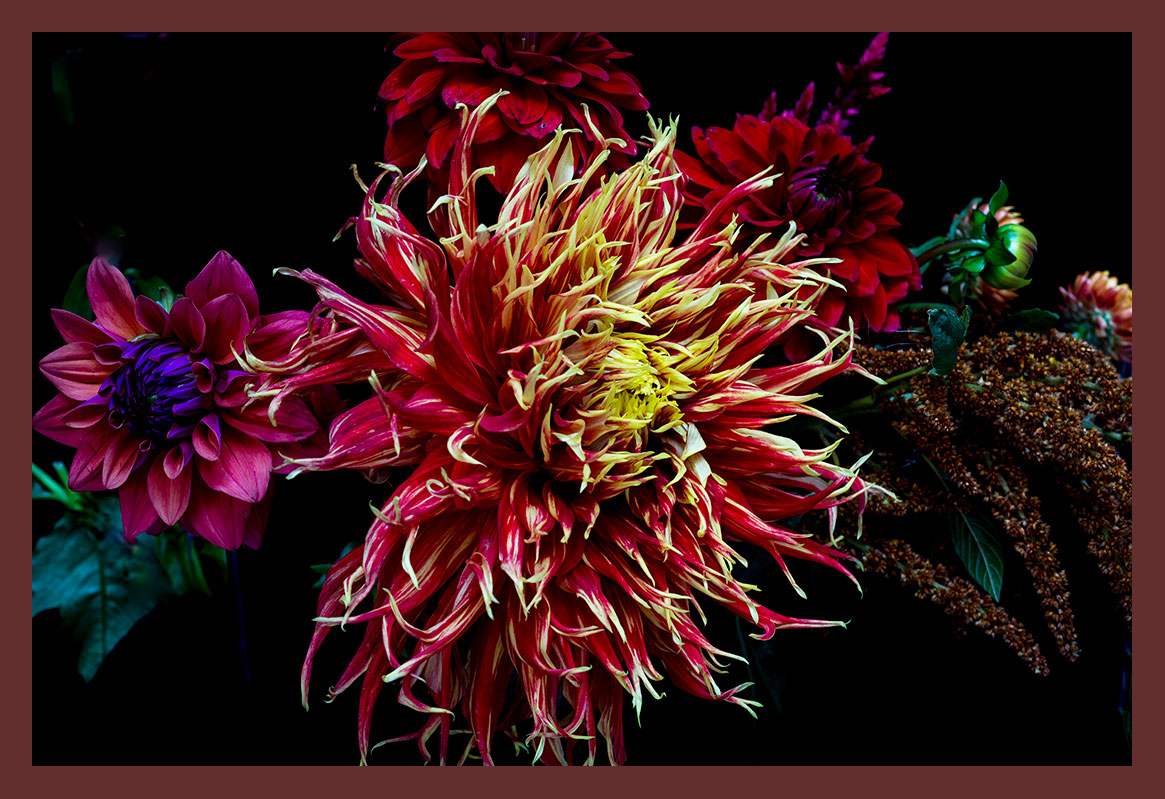 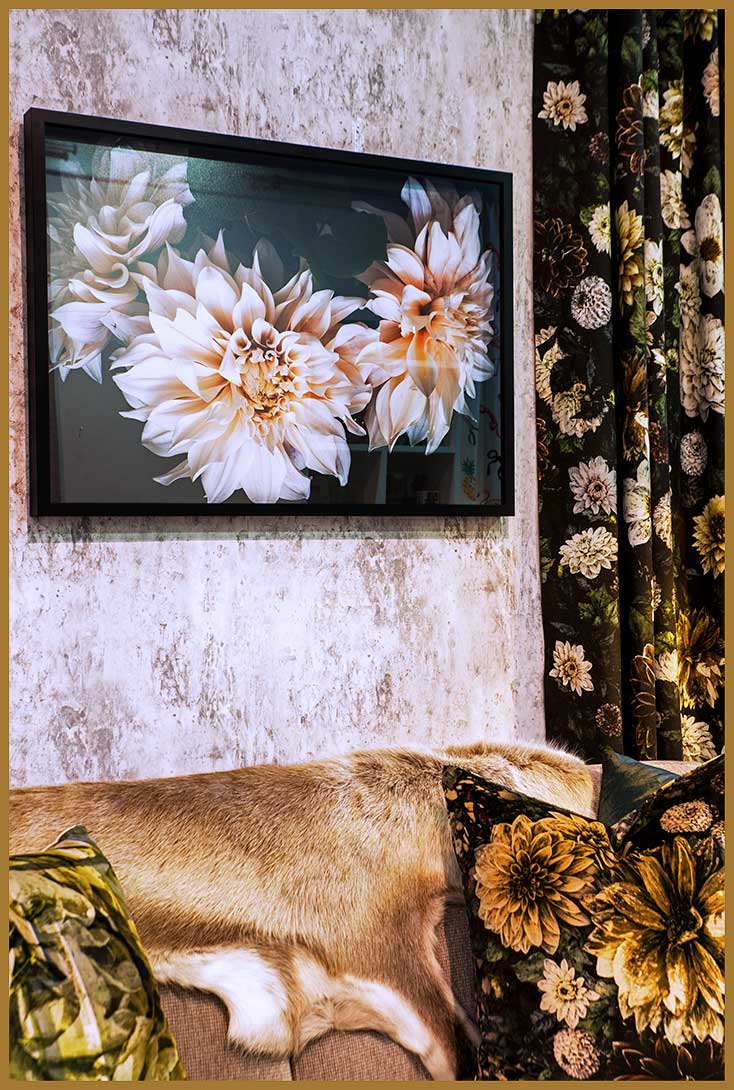 Know as “Herb of the Sun”, Marigolds are the simplest of Autumn’s flowers. Perfect for this window box. Also often planted in veggie gardens as a deterrent to insects. 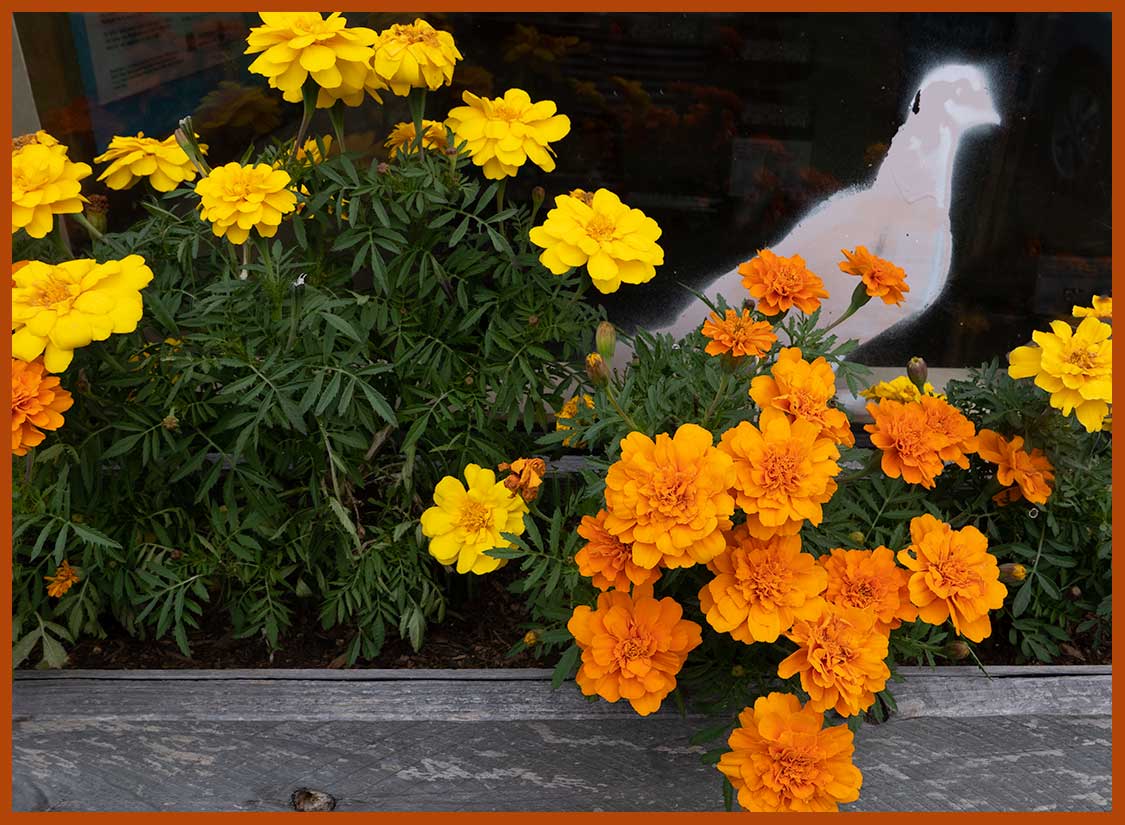